I just got back from a trip to Washington DC. It was a trip I took with my campus youth group, called Campus Out Reach. I could write pages on pages on what I learned, but for this post I’m going to talk about what I did instead, and come back to the rest later. It was a conference so a lot of time was spent inside the large and nice hotel. We stayed at the Renaissance Hotel downtown. It was in the China Town district, so almost every restaurant we ate at also was titled with Chinese characters. The food was amazing, but my favorite was a very low key sandwich shopped called Potbelly. As a friend said, “It has to be good if it’s going to give you a potbelly.” 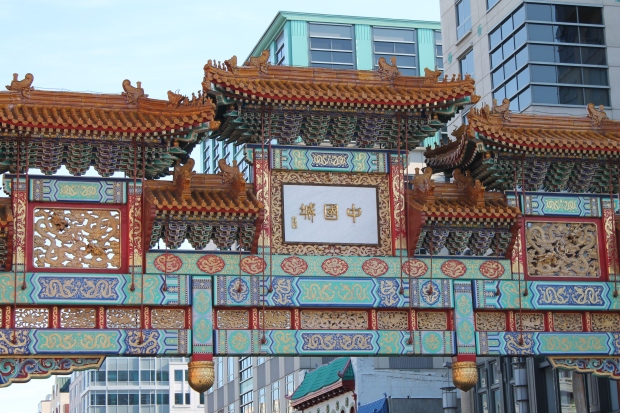 Now, we walked into classic downtown DC also, with the pillars and the stonework, along with the museums. We didn’t actually go to any monuments (at least my group didn’t) because we had almost all been to DC before and had already site seen in the past, so we stuck to seeing the Air and Space museum and things like the Declaration of Independence

On of my favorite things about DC is the amount of sculptures and statues scattered around the city. There’s art everywhere, inside and outside the exhibits. We saw a lot of them just by strolling around the city, though I will admit, my feet are not very happy with me right now, between the late night New Year’s conference and city exploring.

So, I’ve been three times now, and if I were to tell you one thing to go see while you were in DC it wouldn’t be the the most typical, it would be either the natural science museum, holocaust museum, or the Vietnam war memorial. The natural science museum was my favorite of the main museums, and that probably has a lot to do with my love for animals and how amazing this world actually is by nature. The holocaust museum was hard emotionally to walk through, I had the lump in my throat the entire time and felt a little sick, but I honestly think it’s an experience that people should have. You learn a lot and it gives you a really good sense of humanity and good verses evil. It’s a really moving place. The Vietnam memorial is along the same lines, but not quite as unsettling. I think it was really well thought out, and though it isn’t this beautiful thing to take pictures of like some of them, it’s very strong and holds so much history. I really enjoyed it the most.

Much love from Guilford College’s group at the Campus Outreach New Year Concert!