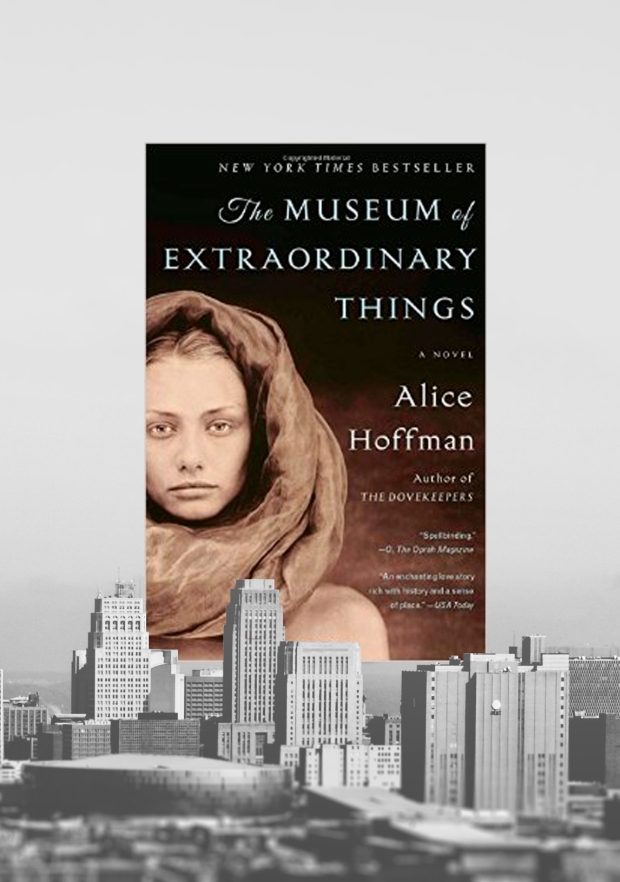 Coney Island: Coralie Sardie is the daughter of the impresario behind The Museum of Extraordinary Things, a boardwalk freak show that amazes and stimulates the crowds. An exceptional swimmer, Coralie appears as the Mermaid in her father’s “museum,” alongside performers like the Wolfman, the Butterfly Girl, and a one-hundred-year-old turtle. One night Coralie stumbles upon a striking young man photographing moonlit trees in the woods off the Hudson River. The dashing photographer is Eddie Cohen, a Russian immigrant who has run away from his father’s Lower East Side Orthodox community and his job as an apprentice tailor. When Eddie captures with his camera the devastation on the streets of New York following the infamous Triangle Shirtwaist Factory fire, he becomes embroiled in the mystery behind a young woman’s disappearance.

The Museum of Extraordinary Things is my new favorite book and it takes quite a book to throw my rankings off. The characters! They carried the plot so well and I fell in love with them. Coralie moved my heart and Eddie captured it. They’re deeply developed and even though their twos stories tangle, the characters don’t rely on each other for development, and I’ve found that in books with romance a lot of them do.

The plot had so many wonderful layers to it and watching how everything connected was really amazing. I would think an event was a stand alone or simply for development then 100 pages later it would spark. That’s a sign of a well written book, one that you can reread over and over and still catch new details that line up.

Seriously, I’m not a huge fan of historical fiction, so if I say one is my favorite book it’s one that really wows. This was my first Alice Hoffman novel. Let’s just say I’ve already bought another of hers. Plus, she wrote Practical Magic, which was one of my favorite movies, so add that onto the list as well. (I wasn’t aware it was a based on the book.)

Since its a new favorite, the rating is 5 out of 5 stars.

One thought on “Book Review: The Museum of Extraordinary Things”