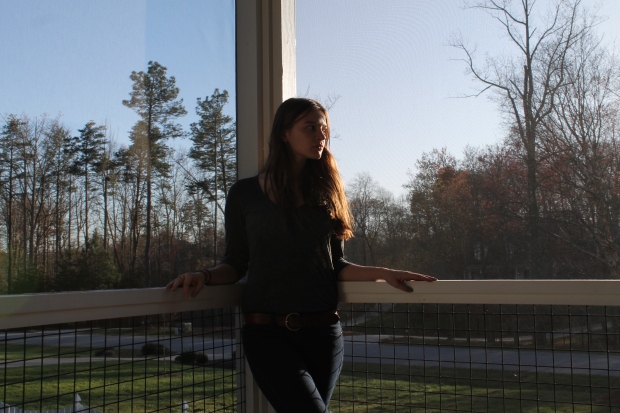 I remember seeing authentic as a hashtag on someones post a while ago and thinking that it was a strange thing to hashtag. I take back my thoughts on that, because the word keeps gaining more and more meaning to me. Maybe it’s because this time in my life is one of growth. After all, that’s what most of your twenties are. So, as I’m growing and changing and strengthening parts of me I’m trying to get down to one thing: Who I really am.

It’s hard to say that we weren’t authentic at one point, because we’ve always been who we are, at least, we were in that moment. The thing is though, we get influenced so much growing into adulthood. I’ve talked about how I think most childhood traits are actually a big part of who you are and will be as a person. We change a lot as we leave childhood, but our personality really just develops off those traits like building blocks. But aside from key personality traits, we change a lot in those tricky years of middle school, high school, and even college.

Some of those changes are self-induced. But a lot of them are because of friends, pop culture, and simply trying to be relevant in a stage of life where we don’t seem to hold onto value easily. We change the way we dress, we change our groups of friends, we cut and dye our hair, we try some things that maybe we shouldn’t. We stray, partly because everyone is straying, but mostly because we want to be more.

We haven’t always been honest about who we are, and in those stages, we’re mostly lying to ourselves. It’s part of growing up. We shouldn’t dismiss our strange stages. They’ve helped us develop into who we are today- but that’s the question, who are you today?

What I’m trying to get at is the fact that in this stage of life we’re all trying to piece together parts of our past and parts of our personality to find out what is honest and what is really authentic.

I heard someone once say: Think about who you would be if there was no conflicts, if there were no restraints. Think of the best possible version of yourself, what that mirror image is in your daydreams about the future. Now, that’s who you really are.

This stuck with me, because I think there is a lot of truth too it. The ultimate version of ourselves is what we are all striving for after all, why are we sometime walking in other directions?

I’m not saying that you shouldn’t be allowed to experiment every now and then, sometimes you have to just see whether it is right or not. But the funny thing is, the more I experiment, the more I change from one thing to another, the more I’ve noticed that my ultimate version hasn’t changed with me. She’s developed some, but she shares a lot of traits with my high school ultimate version.

I’ve kind of always known who I want to be in the end, even if I was sure it was going to change. I’ve been trying to shape myself into all these different roles because I’m exposed to people who do that role so well, and they’re happy and great, so I want that as well. The problem is, that might be their authentic self, but it isn’t mine.

What we want to be and who we are doesn’t always line up, and that’s completely fine, the question we need to ask is what we need to do in order to be who we want to be. That’s all character development, that’s all trimming and pruning to get us back to… well, us.