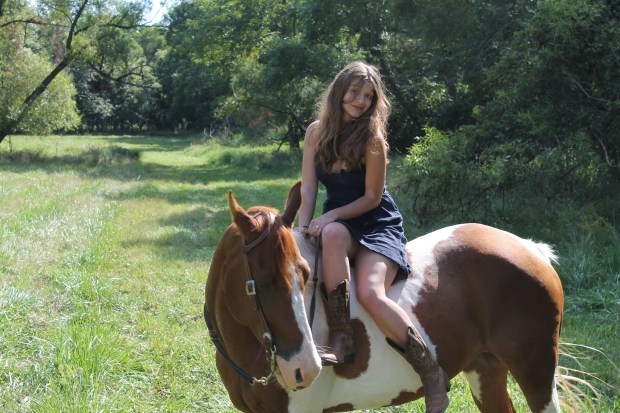 A post about real personal things calls for an unstaged picture. The “real” Anna.

My favorite one liner is “You know North Carolina, the weather is more bipolar than I am.”

I think it’s funny, it makes fun of both myself and my favorite place on earth. I said it while walking across campus last year with a friend and I had some random guy stop me. He told me I shouldn’t say that because it’s insensitive and offensive. I calmly explained to him that I was bipolar and I didn’t really think it was insensitive or offensive at all.

Have you ever had someone lecture you on why you should be personally offended by your own joke? It was really strange and it has happened to me more than once while at Guilford college. The strange part was that the people who were offended by me tossing the word around were never bipolar, nor were the people they were close too. They had just learned it was offensive and were trying to protect whoever it might offend.

The only problem was that I wasn’t offended. I thought it was funny and I’m going to explain why I think it’s okay to use the word bipolar when not talking about the disorder.

We’re told not to do it because it takes away from the seriousness of the word. It lightens the topic of mental illness. As someone who has the illness, I like talking about it lightly, I like normalizing it, it makes me feel more… normal. I’ll tell just about anyone I have it and explain why it’s both a gift and a curse. I like talking about it, and I like laughing at it too, because if you can’t laugh at the hard stuff in life then how are you supposed to respond? Tears? It’s healthy for me to joke about the disorder, it’s a coping mechanism for starters, but it also gets me more comfortable with talking about the fact that I’m bipolar.

When I’m really struggling with the disorder I know I can explain what is going on and why it’s so hard. I’ve found that no matter how much I joke about the weather people still take me seriously when I’m being serious. As human beings we can sense the difference, I’ve never been around someone who couldn’t. The confessions and jokes all have context to them. Nobody is walking into a room going “I’m bipolar” then not saying anything else. That’s the only situation I can come up with where I might get the wrong response when being serious about my disorder.

Being bipolar is a lot to deal with, so I might as well laugh about it when I can.

As for you, a reader without the disorder, I want to tell you that it won’t offend me if you laugh about it too. Why would I be able to do something that you couldn’t? If your not making jokes at someones personal expense then I have no problem with you doing it to my disorders expense. It deserves to be made fun of, it’s a bitch.

14 thoughts on “I’m Not Offended by my Bipolar Jokes. You Shouldn’t be Either.”