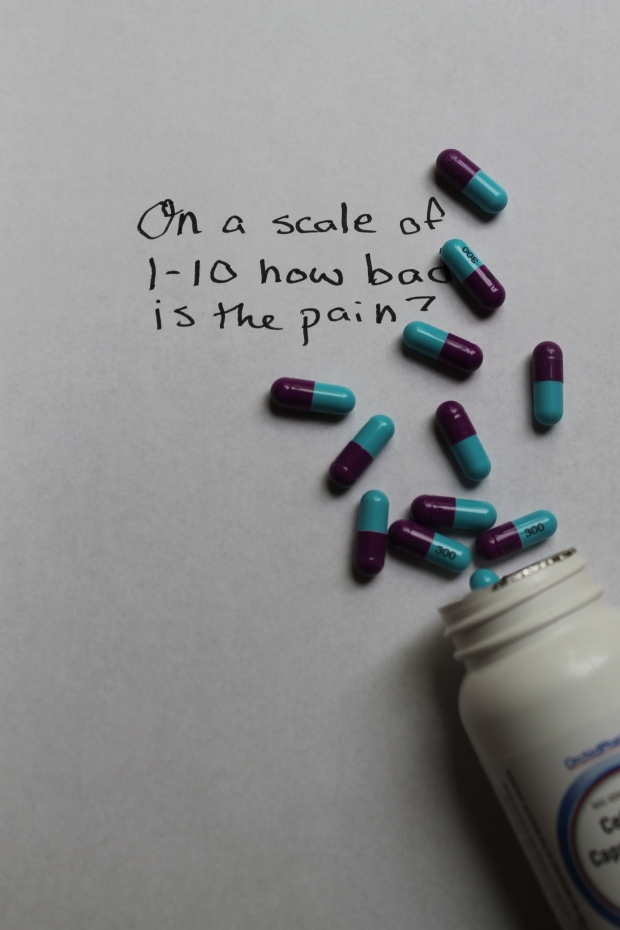 I’ve mentioned a few times that I’ve been sick, but I don’t think anyone who reads this blog really understands how sick I’ve been (unless you’re one of my real life loved ones, in which case hi! Thanks for following me online and off). There were days where my muscles physically couldn’t hold the weight of my own body. I had stomach flu symptoms, cold symptoms. My joints felt like someone was drilling screws into them from bad angles. It was terrible. People always would ask me what hurt and I couldn’t find a good way to say that I just felt like I was dying. I felt like my body was shutting down one part at a time, and frankly, I was really worried that it wasn’t going to start back up again. I realize this reads as an exaggeration, but it isn’t. I’m not blowing anything out of proportion, at least, not in this blog post.

It started right around graduation (May 2016). I thought I just had bad allergies at first, then all these other symptoms started piling on. It got real bad real fast. I went to the doctors a few times. I had an ear infection. They said. Arthritis? I was being sent doctor to doctor, because nobody knew what was wrong with me. I was two months in when my dad pointed out the infected bite I had on my thigh for just as long and that it might have been a tick. I mentioned it to my horse instructor when she asked me how I was feeling. That’s when I found out that two other people at the horse farm had gotten Lyme out there. So I went back in for the test and got put on one round of antibiotics that lasted a month.

The test came back, it was negative, but the antibiotics were making me feel so much better. I felt like my life was coming back, but then I ran out of pills. In five days all my symptoms came back as strong as they were when I went on them. So what does a girl do? I asked my doctor to put me back on them. She wouldn’t, nor would any other doctor, because even North Carolina’s hospitals won’t say I have Lyme Disease to this day. I kept failing the Western Blot, which is the only test NC cares about.

Another test proved that I only have three of the five strands Western Blot tests for. I had physical proof that I had some strands of Lyme but no doctor would put me on anything else because they were afraid of going against guidelines and losing their medical licence. We called into the big hospital here in North Carolina. They said word for word to my mother “She’s not sick. She doesn’t have Lyme.”

I kept getting worse. I couldn’t drive. I could hardly walk to the bathroom. I couldn’t stand for more than a minute or two. Clearly I was still sick, beyond sick. I was crying from the pain, someone I loved made a comparison to chemo. I felt like I was going to die and I was praying for it because at least I wouldn’t be in pain anymore. Death didn’t sound like that bad of an option. It sounded like a good way to get some rest.

Traditional medicine had failed me, so we tried the “other” approach to Lyme. The holistic medicine. They put me on herbs, stuck me in a sauna, did weird vibration acupuncture, and an oxygen IV in my arm. It was all cool in theory, but it didn’t work. It got to the point that I felt like the doctors office was trying to sell products rather than heal me. I didn’t feel any improvements and I had someone telling me to drink dirt. (I actually was drinking clay. That happened). I had never looked into holistic medicine before, and now that I have I can say that herbs are great and they aid wonderfully, but they cannot do what modern science can. They. Cannot. End of story. And the clinic I was at was milking me for everything I had.

Why didn’t I call bullshit and leave? Because I was desperate and nobody else would do anything for me. I wasted months there, and I don’t want to talk about how much money. The Dr. had a degree, she should have been well versed, but when the woman told me with enough time and nutrients she could cure my bipolar I was out. (If you don’t know, bipolar is a genetically carried mental illness, no amount of fruit and herbs are getting rid of it. It’s in my DNA.)

December 2016, six months later, we talked about flying to Baltimore to get treatment since different states have different guidelines. We almost did. Luckily we found a specialist an hour and a half away. We found her by sheer luck, she was a source in an article online. We went to her office desperate, just a day after I had told my mom that if she couldn’t fix it I was just going to give up. (Note: My mom wouldn’t have let me give up. We would have gone to Baltimore.)

This doctor was not only horrified that the holistic doctor hadn’t given me a physical but she explained everything about my illness to me in detail. She made me understand what was going on and with that came comfort, because she prescribed antibiotics, a lot of them, and a plan. I kept calling her my Christmas miracle, because I had already decided that this was going to kill me. For the first time since I got bit I found myself thinking that I might actually get better.

Antibiotics help, we had already proven that, but being on them long term is rough. When I forget my high strength probiotics I get sick on my stomach (read: throw up). They messed with my other medicines and because of that I’ve had problems with acne and hair loss. I’m herxing, which is when the Lyme bacteria dies (yay!) and releases toxins into your body (nay!) which make you feel terrible for a week or so at a time. So I’m bouncing between periods where I feel like I’m getting better and periods where I feel like I’m backsliding. The whole “getting worse to get better” thing sucks, if you’re wondering.

We’re now in April 2017. I’ve been on different doses on antibiotics for quite a few months. I know someone is going to be in my comments telling me how bad antibiotics are long term and how they will ruin my resistance to them… well, I would kindly like to tell you that you opinion means nothing to me so keep it to yourself. They are saving my life and I’ll stay on them as long as she tells me to.

If all this wasn’t enough, a few weeks ago I had some more blood work done. I found out that it wasn’t just Lyme I had, I also had mono. She could tell because I have the late stage antibodies in my blood currently.

Instead of saying I have Lyme and mono I’m just saying that I’ve had the plague. It feels more fitting.

Saying I’ve been sick for a year might not sound like a huge deal. Saying that I don’t have the job I graduated college with, or saying that I didn’t really get to see my friends and that my horse went months without riding, it might not sound like a big deal to you. But a year is a long time, and in addition, this was supposed to be my transition year, the year I went from student to adult. You want to know where I am now? On my parents couch.

I was going to wait to write this till I was all the way better, but right now I’m so close I can taste it. I will be healthy soon, or at least in the next few months? All I know for sure is I will go back to normal. I will survive it. I will get to post about what my career goals are because I know I’m going to be able to start job searching in the next few months. I’ll be posting about trying to pick up the pieces of my life and what to do now that I’m feeling better. Till then, I’m nursing the end of this and thanking God that I’m alive and getting better.

If you ever get bitten by a tick, you need to go into the doctors right away. They will put you on an antibiotic and it will kill the bacteria before it spreads. If I had been on antibiotics sooner I could have avoided this. If I had continued after my first round I would have been done months ago. Does every tick carry Lyme? No. Is it better to be safe than sorry? Yes.

Also, hey, maybe wear some bug spray when you go outside. Maybe buy stock in it, I don’t know, do something.

10 thoughts on “A Year Stolen by Lyme and Mono:”