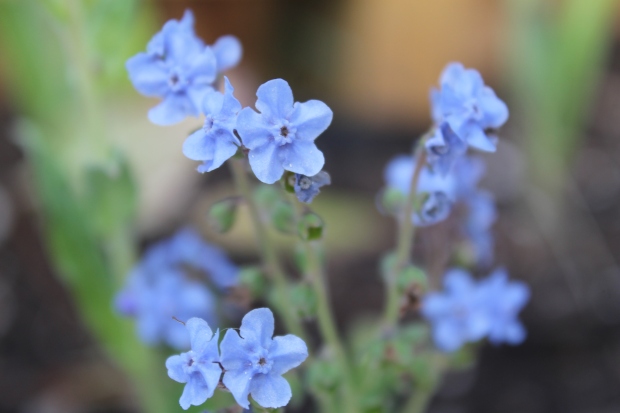 I’m one of those people who get frustrated when they don’t immediately become good at which ever hobby they pick up. I guess I didn’t used to be this way, because all the hobbies that I have now I was pretty bad at towards the start. But lets be real- at seven or nine I probably thought I was pretty good at things even when I was doing quite terrible at them.

I’ve struggled to pick up hobbies as an adult because of this though. I don’t like the idea of failure, even though it isn’t technically failure to be bad while you’re learning. It just feels that way. I get stuck in ruts because of it.

It’s different at work, because it’s required, but on my own free time I don’t want to deal with being bad at things. It’s been this way for a long time. But as I was singing in the shower the other day I remembered how awful of a singer I was, and I laughed, because I sing around people all the time. It doesn’t matter to me then that I’m always off tune and should never try to hit the high notes. I just do it, because it makes me happy. Music makes me happy and singing when the music stops makes me happy.

END_OF_DOCUMENT_TOKEN_TO_BE_REPLACED 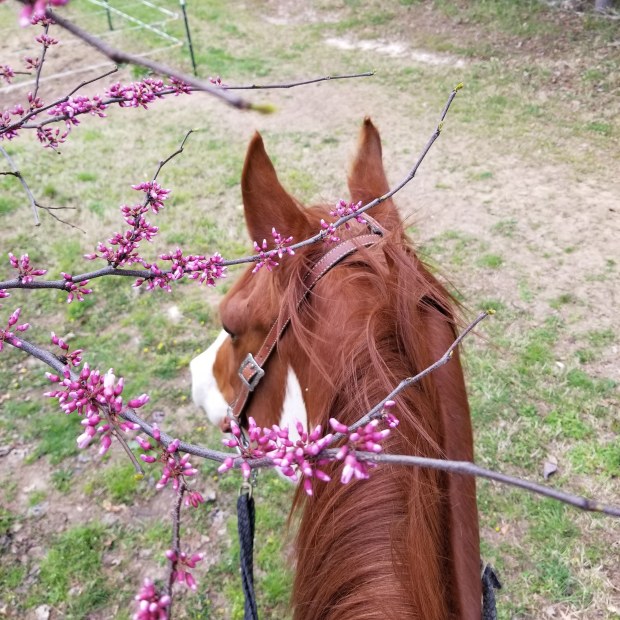 Someone recently came to me for help on an quick design project. I realized while I was helping them with it how much I loved it. I loved that someone had this great big idea that I never would have thought of and instead of dismissing it because they didn’t have the skill set to make it they got help so that it could be created.

My friend came to me with a collaboration and together we were able to make it a thing. She had no interest in the process just the finished product, which is fine, because the finished product was amazing and important. Sometimes that’s about as much skin as we want in the game, we just want to see the idea realized. I had as much fun making it as she did creating it and in the end we could both be proud of something, but there is also something to say about creating something yourself that you don’t have the skills for yet.

END_OF_DOCUMENT_TOKEN_TO_BE_REPLACED 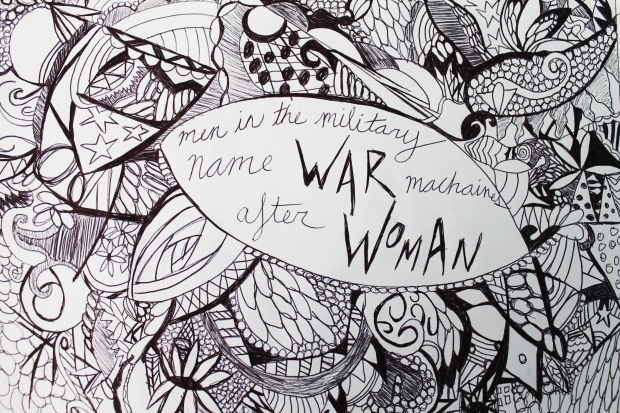 I’ve been doodling a lot lately. Some of the outcomes are better than the others (and some spelled better) but I thought I’d share, because, hey, they’re fun if nothing else. I do these when I’m in a creative drought and I need to get some inspiration flowing.

How to you channel your creativity when in a slump?

Everyone likes the idea of a scrapbook because everyone likes the idea of having memories you can hold and flip through. But the act of scrapbooking is stressful, you’re always worried you’ll ruin it, printing pictures is expensive (not to mention the paper and the stickers). It’s these reasons and more that we normally choose not to make a bound book of our memories.

So, roll in the idea of a smash book. They’re a company that sells all these premade books and paper, they’re pretty pricey too. But the idea of a smash book is one that I like much better than a scrapbook because it’s much less formal. You do more than just pictures and words and stickers. You can put in recites and movie stubs. You use stuff like construction paper and washi tape. I print my pictures on regular office paper – is it high quality? No! But it gets the job done. Making your own smash book is as easy as getting your hands on an empty notebook with an elastic band (the thing will grow, you’ll want the elastic). I buy post it notes out of the target dollar bin and use wrapping paper if I’m using background paper at all. It’s cheaper and there’s a lot less stress about messing up.

So… SMASH IT ALL. 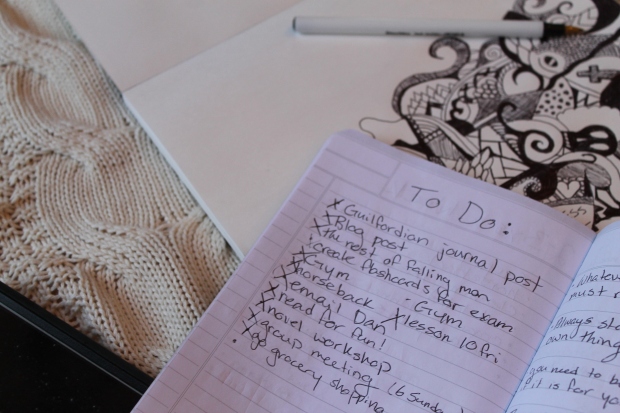 They say (on google at least) that a cold normally lasts between 7-9 days. I’m hoping it’s only bad for one or two days though. I’ve got things to do and people to see. But till than, some down time is seriously needed. I’m couch sitting and channel surfing while doodling and plotting. So, I’m not an artist, if I’m talented at anything it’s photoshop or photography, I can’t draw. Or at least not in common sense. I’ve morphed it into something I can handle. I call it extreme doodling, but that’s all I have in me. I have an unnaturally (but awesome) long break compared to most colleges, so I still have some time left. So now I’m trying to figure out what to do with the rest of it.

There are times when you pick things up and don’t like them, and then there are time when you pick things up and don’t give yourself time to like them. I’m serious, there is a big difference. I could go with the easy example of reading for myself. I hated reading as a child, loathed it, even. But I was forced to with school, and well, there it was, I found the right book and it took off from there.

I’m not saying that there is going to be a “right book” for everything, that if you try something enough times that you’ll like, but I’m saying there is something to learning or trying something new, and that’s the follow through, even if it’s just a month of dabbling in it. Promise yourself you’ll finish one or two projects. That you’ll not judge yourself based on skill you haven’t given yourself time to learn. I used to say all the time (and still do for that matter) “I’m so terrible at painting and drawing” and my mom would always reply with “to learn to draw you have to draw.”

Life changing advice I received as a seven year old.

Another thing we do? Well, we don’t try things fully, we don’t go into the depths of it. Part of this is our culture, a kid tosses a ball a lot when he’s in grade school and all of a sudden all the parents are saying he’s going to be a college athlete. Oh okay. But we do the same thing in the reverse. I tried realistic drawing a lot when I decided I wanted to draw, and guys, I sucked, and it wasn’t because I was bad at art, and that’s what we’re taught as kids. If you don’t like crayons and markers in pre-k you don’t like art, you’re not creative in the visual way. Not the case. Turns out my visual super powers don’t come from physical on the paper art, but things like photo shop. I would have never found that if I had just said “why would I take that class? I suck at art.”

I don’t know if you could say it any easier. Hobbies don’t just grow out of thin air, people who are good at things don’t just happen to fall upon it. Sure, talent counts for a lot, but it can also be built, and more than often, people never make it that far.