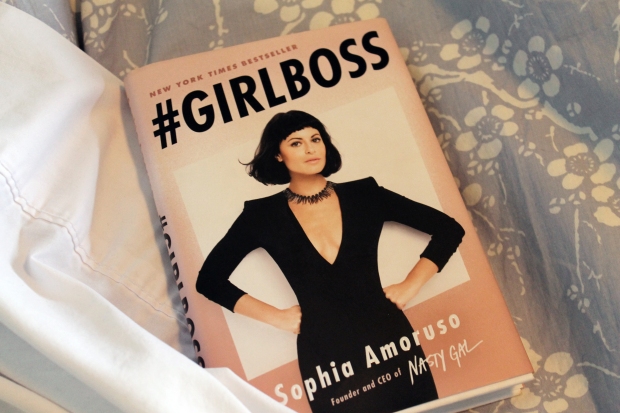 If you’ve read every book on bloggers ‘must read’ lists then you know about #GIRLBOSS. I haven’t seen a list without it in a long time. I read the book and I wasn’t as carried away with it as everyone else, I thought it was written poorly and had bad flow, but the story was good enough.

I didn’t actually have a problem with the book until I looked into the story it was about. I found articles like this one full of reviews from Nasty Gal’s workers saying that the business was run poorly and that Sophia Amoruso filled management roles based on friendship not skill. For a long time Glassdoor only had a two out five star rating from employees who worked there. In the last year it’s gone up to three. Sophia Amoruso is no longer CEO but when I read about all of this she was and a lot of the reviews were directed at her personally.

Those reviews weren’t even considering the lawsuit Nasty Gal was involved in after firing more than one female employee right before they took maternity leave. For a woman and business that were built on women empowering women I couldn’t think of an action that counter acts that message more. END_OF_DOCUMENT_TOKEN_TO_BE_REPLACED

At seventeen, Sophia Amoruso decided to forgo continuing education to pursue a life of hitchhiking, dumpster diving, and petty thievery. Now, at twenty-nine, she is the Founder, CEO, and Creative Director of Nasty Gal, a $100+ million e-tailer that draws A-list publicity and rabid fans for its leading-edge fashion and provocative online persona. Her story is extraordinary—and only part of the appeal of #GIRLBOSS.