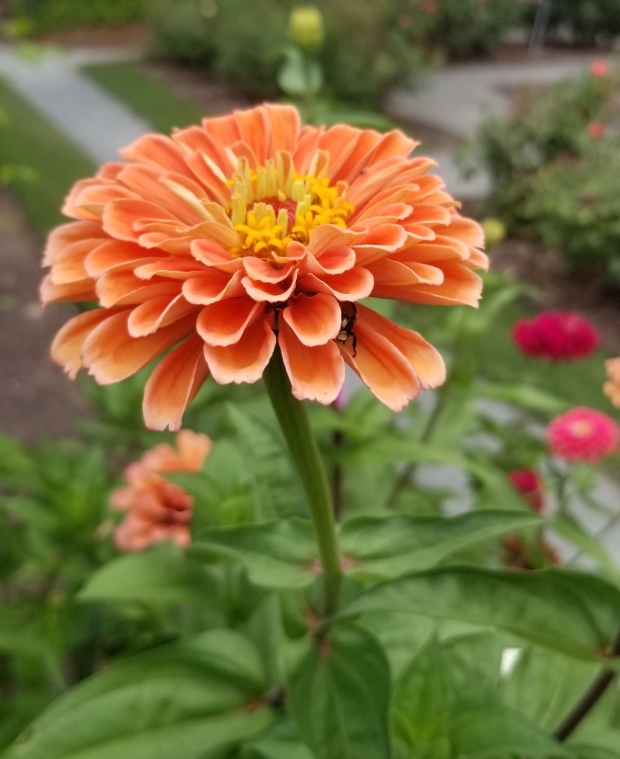 If you scan the internet it seems that people aren’t just sharing their lives with you, but they’re trying to get you to live more like them. Whether it’s by changing your lifestyle, buying brands, or changing your opinions, there are a lot of people who want you to change. Maybe they want to be the standard that you’re reaching for, maybe they just like the fame. Whatever the case, the people who are trying hard to influence and be role models… they’re not normally the people you should aspire to be.

The best role models are ones that guide you through life. Their values are set and admirable and their life, despite it’s struggles, has joy in it on a really fundamental level. The best role models are moral ones. They are the content ones. And they are the ones we’d still like to be like when they are in their seventies. Good role models aren’t hard to find, despite what people say, there are a lot of good people in this world. Of course no one is perfect, but a good role model doesn’t pretend to be. They wear their flaws and they work on bettering them.

END_OF_DOCUMENT_TOKEN_TO_BE_REPLACED

The internet is a intense place, I don’t think anyone would argue that. You get the perfectly curated views of life and you get anger and intense viewpoints.

There hardly seems to be anything else.

Mid-way views, deep rational thinking, and realistic images are hard to find, but we’ve become numb to the fact that they’re missing. We’re feeding on that content and nothing else. It seems to go over our head that the internet is completely dramatized. The politics are more intense. The tragedies are expanded upon. Conspiracy theories are fed. And perfect lives are staged for praise.

We fall down rabbit holes and don’t realize that the internet is changing our views, but even more so, we don’t seem to realize that the rabbit holes we’re in don’t reflect real life. The internet will make you believe that the world is falling apart, but it’s not. If we go outside we can see that opposite sides come together in hard times and are polite to each other in the grocery store check out. We can also see that those who have perfectly frames lives are still chasing their screaming kids around and getting frizzy hair in the rain. We realize that the front we’ve been seeing, both the good and the bad, are completely overblown.